Canoe trail of the Orzysza River 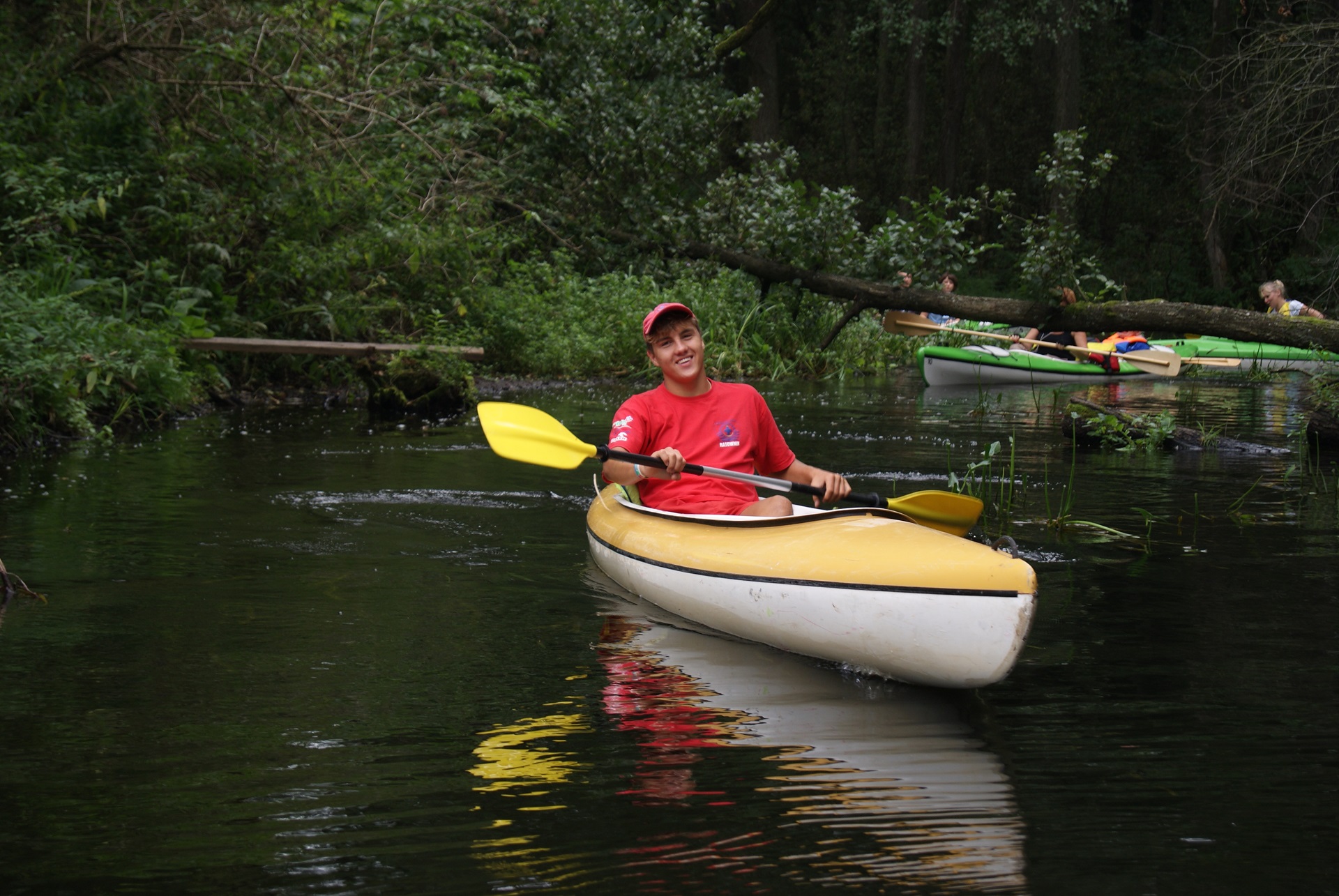 Canoe trail of the Orzysza River

The canoe trail of the Orzysz River is also known as Michał Kajka trail, which leads from Lake Lipiński to three small lakes planted with lush vegetation, the large lake Orzysz , the river Orzysza, then the largest lake in Poland Śniardwy and finally the longest on Masuria , XIX th century , Jegliński Canal that leads to the Lake Roś. The route ends in Pisz, although you can continue kayaking very charming river Pisa Each of the lakes on the trail has a lot of popularity among sailors, but many of the most interesting places located between lakes, are possible to see only by kayaking.

(Teofil Ruczyński, 1946, the piece of the poem about Michał Kajka)

What is the connection of the kayak trail with the Masurian poet Michał Kajka? Apart the assigned role of the Polishness bard, his love to the Masurian land, its nature it is really endearing. Kajka’s life was concentrated in the village Ogródek located just on the kayak trail. There is also a museum dedicated to the poet.

The trail has 58.4 km and aside from the possible difficulties connected with a large wind on the lake Sniardwy, it belongs to the easy. There is no need to carry kayaks around the entire stretch. The entire route is best distributed for at least 2 days. A large attraction is not only the undoubting natural qualities: different types of forests, rich water vegetation, swamps, numerous aquatic animals, rare birds flying over fields and forests, but also some historical places such as the remains of two prehistoric settlements, the place where the underwater defensive settlement was located, the 18TH Century Prussian fortress, the fortification of the Second World War and the old rural buildings. In the past, the cannals connecting the lakes were quite shallow also overgrown and difficult to flow because of it. n recent years, however, regular clearing works are carried out, consisting in removing reeds from sensitive places along the route. The trail is touted as one where nature has remained unchanged for decades and even now there are no crowds on it.